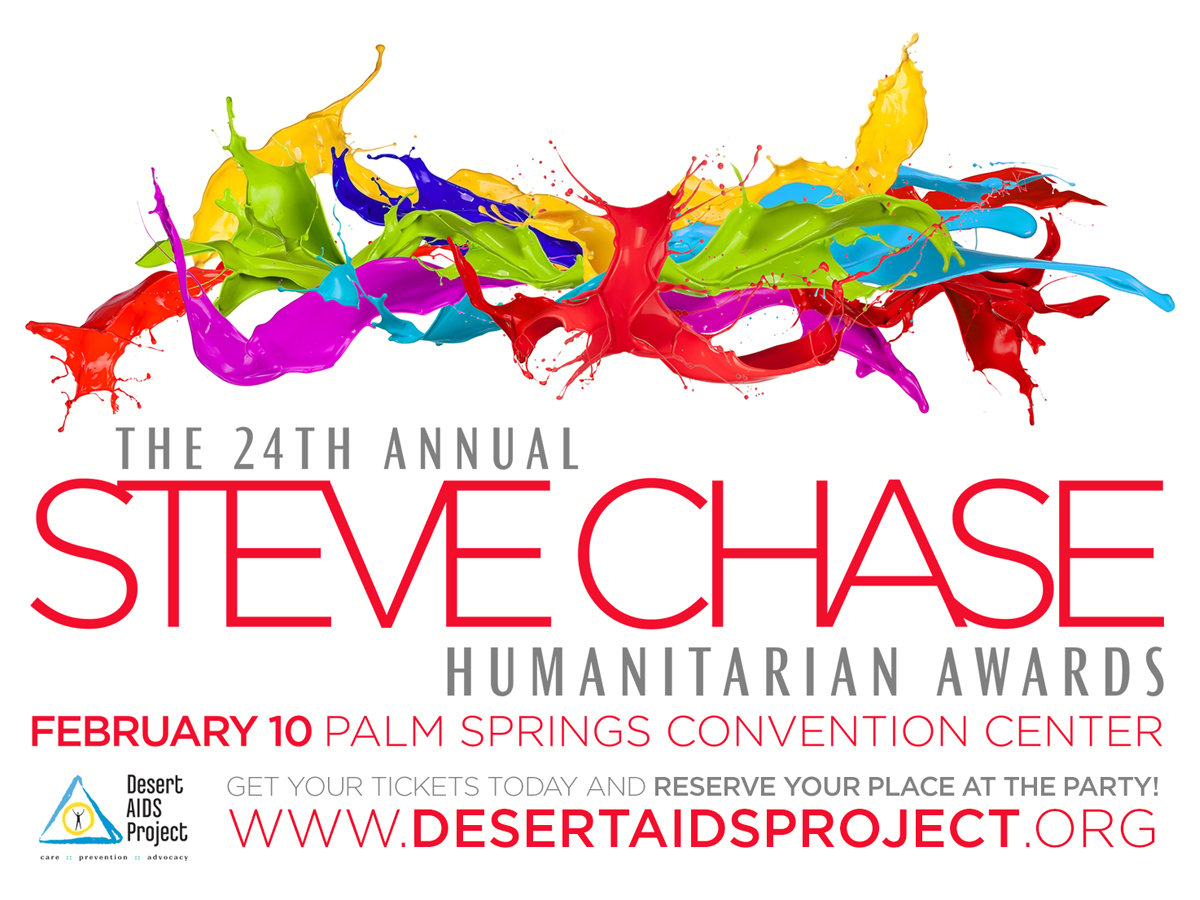 To reserve your place at the party for the 24th Annual Steve Chase Humanitarian Awards, go to https://stevechasehumanitarianawards2018.eventbrite.com or call (760) 992-0445.

Now in its 24th year, the Steve Chase Humanitarian Awards gala has raised millions of dollars to care for people living with HIV. First organized by and named for famed interior designer Steve Chase – a former D.A.P. donor, volunteer, and board member – the gala is a highlight of the desert social season and preceded the night prior by an exclusive VIP pre-party honoring major donors and celebrity guests.

“Your compassionate support empowers Desert AIDS Project to think globally and act locally,” said David Brinkman, CEO.  “By joining us at the Steve Chase, you join us in our commitment to 90-90-90, the ambitious treatment target to help end the AIDS epidemic.”

According to the Joint United Nations Programme on HIV/AIDS (UNAIDS), many strategies will be needed to close the book on the AIDS epidemic, and one thing is certain. It will be impossible to end the epidemic without bringing HIV treatment to all who need it. By 2020, the goal is that 90 percent of all people who have HIV/AIDS know their status, are on treatment and will have viral suppression.

Kibby is raising the bar on this year’s red carpet arrivals. “The red carpet has become a party in its own right and we’re looking for ways to include all attendees this year.”

Palm Springs Life Magazine had this to say about last year’s gala: “The Chase has a reputation among trendsetters as one of the few gala events where attendees are encouraged to have fun and take risks with fashion … and the guests did not disappoint. Black sequins and Mr. Turk dinner jackets were de rigueur for many men, as were well-fitted and accessorized tuxedos (which held their own alongside long gowns and sexy short dresses).” 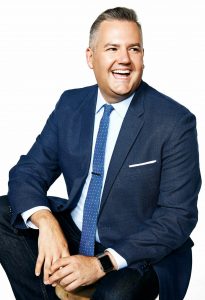 This year’s Steve Chase Humanitarian Awards will be hosted by Ross Mathews. Mathews has established himself as one of the most in-demand television personalities hosts and pop culture experts in the entertainment arena today. Endearing and witty, Mathews has won the hearts of millions of Americans since his television debut – as a correspondent for The Tonight Show with Jay Leno. Mathews can be seen as a judge on the smash hit LOGO series “RuPaul’s Drag Race”. Mathews is also a fixture on “E! News” and E! Network’s live red carpet award show coverage year round. He was most recently seen hosting E!’s “Live From E!”. He was also the host of “Hello Ross”, a weekly fan destination where the intersections of celebrity gossip and pop culture collide, giving a unique viewpoint into the latest Hollywood news. Mathews can also be heard weekly on his top-rated, PodcastOne show “Straight Talk with Ross Mathews”. 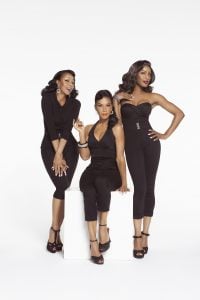 Chief Development Officer, Darrell Tucci is excited about this year’s entertainment. “I think we’re going to see a room full of friends singing along to the hits of headline entertainment En Vogue.”

The group has never been afraid to break the mold and step ‘outside’ the norm. From “Free Your Mind” to “My Lovin”, they have been trendsetters in music and style. Today, affectionately known as the “original funky divas”, they are redefining the idea of beauty and what it means, beyond the traditional sense, with their distinctive fusion of music and style.

Recognized as one of the top five highest selling American female music groups in history, En Vogue has sold more than 20 million albums and effortlessly transitioned into the digital age, amassing more than 30 million streams and more than 26 million YouTube views on their top six hit singles alone: the R&B and Pop smash hits Hold On, Free Your Mind, Never Gonna Get It, Giving Him Something He Can Feel, and Don’t Let Go.

“We find total freedom and fulfillment when we hit the stage,” Cindy Herron-Braggs says. “It’s the ultimate connection with our fans. It’s about the energy you receive, the love, and the reciprocation from the message in the music.” 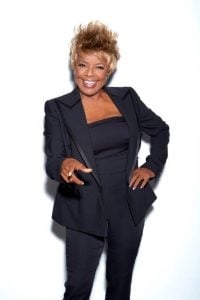 Attendees of The Chase know to pace themselves during the evening so they have energy left for its famous after-party, which will feature a DJ, a performance by Thelma Houston, and a series of tightly guarded surprises revealed as guests dance the night away in a lounge created inside the Palm Springs Convention Center. Guests of the after party can expect her signature blend of high- energy dance classics and soulful ballads.

Thelma Houston may be best known for the worldwide success of her disco anthem “Don’t Leave Me This Way”, but her support of AIDS Services organizations is also legendary. She is known for her dedication to humanitarian causes, including tireless efforts in the battle against AIDS and deep commitments to the Human Rights Campaign (HRC). In 2013, the City of West Hollywood named January 29th “Thelma Houston Day” in recognition of her many charitable activities.

Powerful momentum is now building towards a new narrative on HIV treatment and a new, final, ambitious, but achievable target: 90-90-90: Treatment for All.

People can carry the HIV virus for years and not know it.  The only way to know if you have HIV is to get tested.  Your support enables D.A.P.’s Get Tested Coachella Valley program to provide free and confidential HIV testing at hundreds of community events and dozens of test sites – from health fairs and food banks to Walgreens and D.A.P.’s sexual health clinic, The DOCK.

By 2020, 90% of all people with diagnosed HIV infection will receive sustained antiretroviral therapy.

Thanks to attendance at the Steve Chase and other fundraising events, Desert AIDS Project ensures that newly-diagnosed HIV positive patients receive the medications they need to survive and thrive, and regular follow-ups to safeguard their well-being.  D.A.P.’s Patient Assistance Program secures critical HIV and other medications at reduced cost.

By 2020, 90% of all people receiving antiretroviral therapy will have viral suppression.

To suppress the virus to an undetectable level, an individual must start on medication as early as possible and stay on it for a lifetime. This can be challenging when facing other serious challenges.  That’s the driving force behind D.A.P. Total Care – the comprehensive combination of health and wellness services which are uniquely tailored to each individual – including medical, dental, mental health, social services, support groups, substance abuse counseling, and much more – all conveniently provided under one roof at D.A.P.’s Palm Springs location.