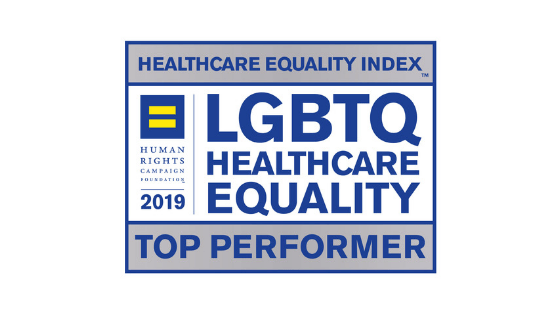 “The fight for LGBTQ equality and access has come a long way, but not enough for us to be satisfied,” said DAP CEO David Brinkman. “DAP knows from experience that stigma prevents people from seeking medical care when they need it most.”

DAP started offering palliative care to people dying of AIDS 35 years ago. It evolved to offer medical, behavioral and holistic healthcare for people once HIV became treatable. Today DAP offers care to residents of the Coachella Valley regardless of HIV status. It also is active in LGBTQ advocacy.

“Our transgender and non-binary siblings throughout the Coachella Valley face extreme difficulty accessing competent and compassionate healthcare,” said Mr. Brinkman. “We see their struggle as our own, which is why we are humbled and thankful for this designation from HRC.”

“As the Trump-Pence administration continues to attack the most fundamental rights of LGBTQ people, including rolling back non-discrimination protections in the Affordable Care Act and promoting a license to discriminate in health care, it is more important than ever that health care institutions stand with the LGBTQ community,” said HRC President Alphonso David.

“The health care facilities that participate in HRC’s Healthcare Equality Index are making clear that they stand on the side of fairness and are committed to providing inclusive care to their LGBTQ patients. Going beyond inclusive non-discrimination policies, these health care facilities are adopting best practices in the areas of LGBTQ patient care and support, employee policies and benefits, and LGBTQ patient and community engagement. We commend all of the HEI participants for their commitment to providing inclusive care for all.”

The 12th edition of the HEI assesses participants on four criteria: Non-Discrimination and Staff Training, Patient Services and Support, Employee Benefits and Policies, and Patient and Community Engagement.

In the 2019 report, an impressive 406 facilities earned HRC’s “LGBTQ Health Care Equality Leader” designation,receiving the maximum score in each section and earning an overall score of 100. Another 148 facilities earned the “Top Performer” designation for scoring from 80 to 95 points. With 81% of participating facilities scoring 80 points or more, health care facilities are demonstrating concretely that they are going beyond the basics when it comes to adopting policies and practices in LGBTQ care.

The remarkable progress reflected in the 2019 HEI includes:

The Human Rights Campaign Foundation is education arm of America’s largest civil rights organization working to achieve equality for lesbian, gay, bisexual, transgender and queer people. HRC envisions a world where LGBTQ people are embraced as full members of society at home, at work and in every community.