History hides in the initials we use for the lesbian, gay and transgender communities

Sometimes an abbreviation or acronym is more than the sum of its letters.

Take the well-known abbreviation LGBT and longer variants, like LGBTQQIAAP. Those letters represent our entire community, lesbians; gays; bisexuals; transgender people; and those identifying as queer, intersex, asexual, and more.

Did you notice the letter with which all those abbreviations start? That L represents a long history and a lot of controversy in the gay rights movement.

About 70 years ago, people sexually attracted to the same gender used to be called homosexuals. That word didn't age well.

Then in the 1950s and 1960s, people began referring to homosexuals as homophiles. That didn't age well either.

In the 1970s, the word gay became embraced by the men formerly known as homosexuals. As the gay rights movement grew, lesbians wanted to create their own identities.

The women felt gay men were sexist and behaved the way all men did at the time, which was to marginalize them, Dr. G says. There was even a subgroup of lesbians who wanted to separate and have nothing to do with gay men. They were more aligned with straight women around feminist issues.

As the gay rights movement expanded during the late 1970s, the abbreviation gays and lesbians began to use for their large, varied community was GLBT. It started with a G, which only underscored how many lesbians felt about their place in the community.

Many women active in gay rights felt it was time to address that issue, says Dr. G., who taught LGBTQ+ history at California State University, San Bernardino. And people started to become more aware of the role lesbians played within the gay rights movement.

Moving an L in front of a G may seem trivial to many, but symbols don't have to be grand gestures. That change was meant to honor the women who also were part of the gay rights movement, Dr. G says.

The AIDS crisis in the 1980s changed everything. 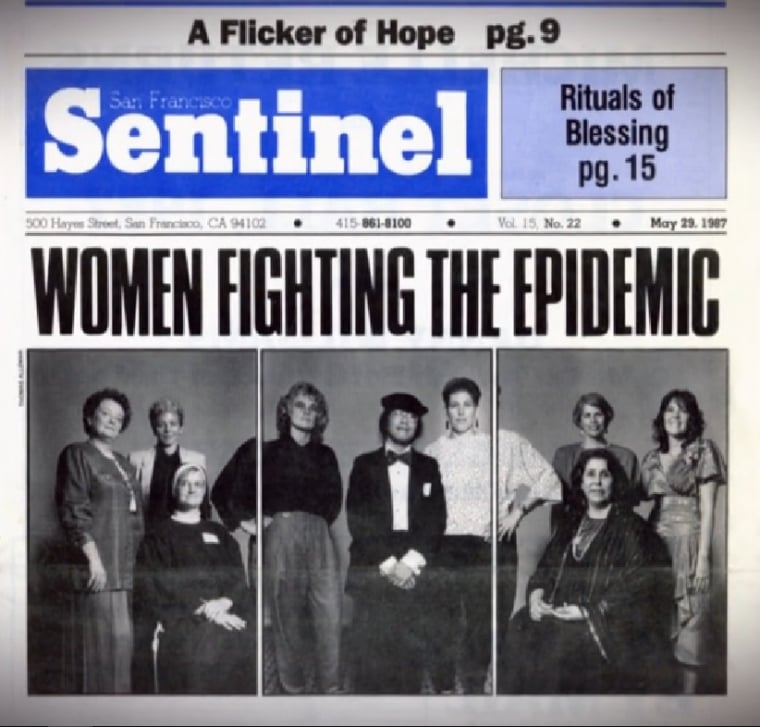 As the Reagan Revolution swept across the nation and the Material Girl told us she felt "Like A Virgin" before assuring us she would keep her baby, scores of gay men contracted HIV and died of AIDS. It was an exploding, unstoppable pandemic whose barbarity is too easy to forget 40 years later.

We learned that "Girls Just Wanna Have Fun" while "Video Killed the Radio Star." MTV landed on the moon and shaped a generation. Steven Spielberg introduced us to E.T., while ALF hid out in the San Fernando Valley. Betamax lost to VHS. The United States boycotted the 1980 Summer Olympics. Four years later, the Soviet Union followed suit. Pac-Man took the country by storm, and everyone tried to solve a puzzle in a cube. Freddie Mercury stole the show at Wembley Stadium in 1985 during Live Aid. Two years later, he tested positive for AIDS and died four years after that.

That was the 1980s, and it felt like no one in America cared about those who died of AIDS.

Many of the sick and dying men didn't have children or were estranged from their biological families, says Dr. G. Too many had no one. Lesbians stepped up and started to take care of those dying of AIDS, becoming primary caregivers to the sick and dying.

"That was a huge shift in terms of the community coming together and healing around the riffs between the men and the women,"  Dr. G says.

Because of the compassion and humanity lesbians showed gay men, much of the separatism of the 1970s disappeared in the 1980s. The LGBTQ+ community began to see their future linked as they worked together to survive the HIV and AIDS pandemic.

The LGBT community is large and complex, with many groups, subcultures, organizations, and histories. There are many initials people use to identify it, including LGBTQ+, LGBTQIA+, LGBTI, LGBTQQ, and more.

Each one of those initials starts with an L. The placement of that L is far from trivial. It's a recognition that lesbians are not second-class members of their community. In reality, they kept the community together during its darkest days.