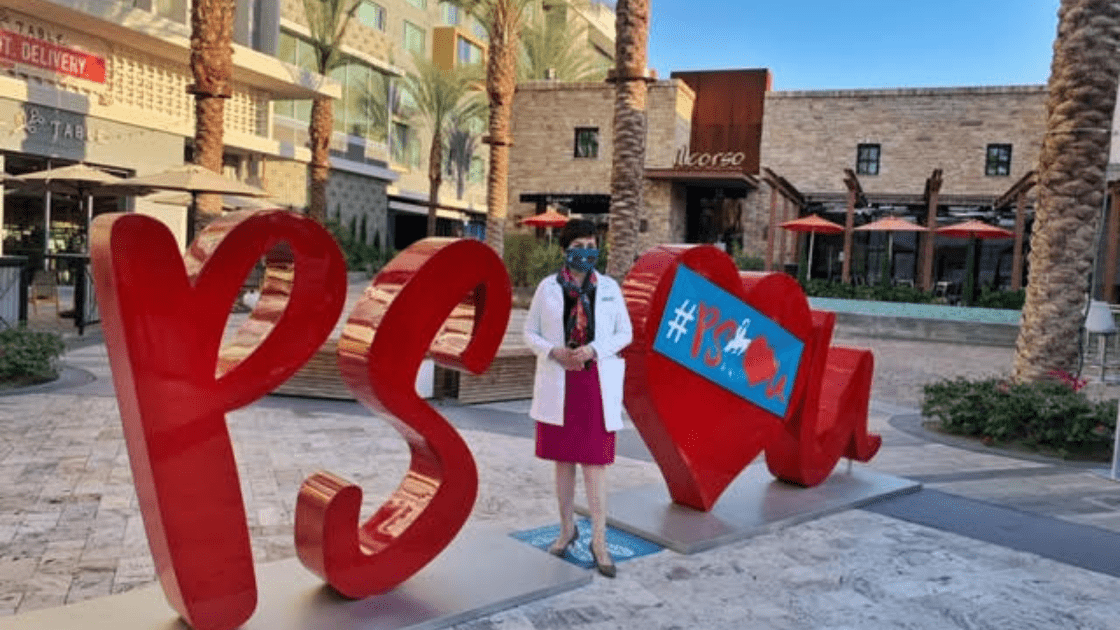 Sharing what we know to help others grow

Significant numbers of PLWHA here and across the U.S. live without taking medication to treat their HIV. This threatens their own lives, as well as public health, because being virally suppressed means stopping new transmissions of HIV.

Not having access to antiretroviral therapy (ART) shows us one of the most painful examples of healthcare disparities today, and we have worked hard to make sure patients at DAP don’t wait for ART, plus other important life necessities for thriving with HIV.

After hard work by our team, DAP has been designated as a Rapid ART Implementation Site, standing with just 10 other healthcare organizations in the U.S. who also competed.

This national demonstration project and collaboration with HRSA will help us share our 36 years of experience, as well as boost resources for our HIV testing and treatment programs for people in the Coachella Valley.

For a three-year period, DAP will continue to build and share its best practices for making sure PLWHA receive antiretroviral therapy (ART) quickly after receiving an initial HIV diagnosis, or immediately after requesting it if they stopped ART for any reason. To learn more, click here.

When we started 36 years ago, HIV rights and the fight for medical access were synonymous with LGBTQ rights. Opening our doors wider requires doing the work to always ensure that we hold ourselves accountable when it comes to honoring every letter in the acronym LGBTQ.

We are proud to receive the status of Top Performer in the annual Healthcare Equality Index (HEI) 2020, administered by the Human Rights Campaign (HRC). You can read more here.

Saying I Love You To Palm Springs

Dr. Shubha Kerkar modeled some healthy behavior for us all when she helped unveil the new PS I Love You public art sculpture, getting plenty of fresh morning air while also wearing a face mask. The unveiling was dedicated to healthcare workers on the front lines during the COVID heath crisis and included representatives from Eisenhower and Desert Health. 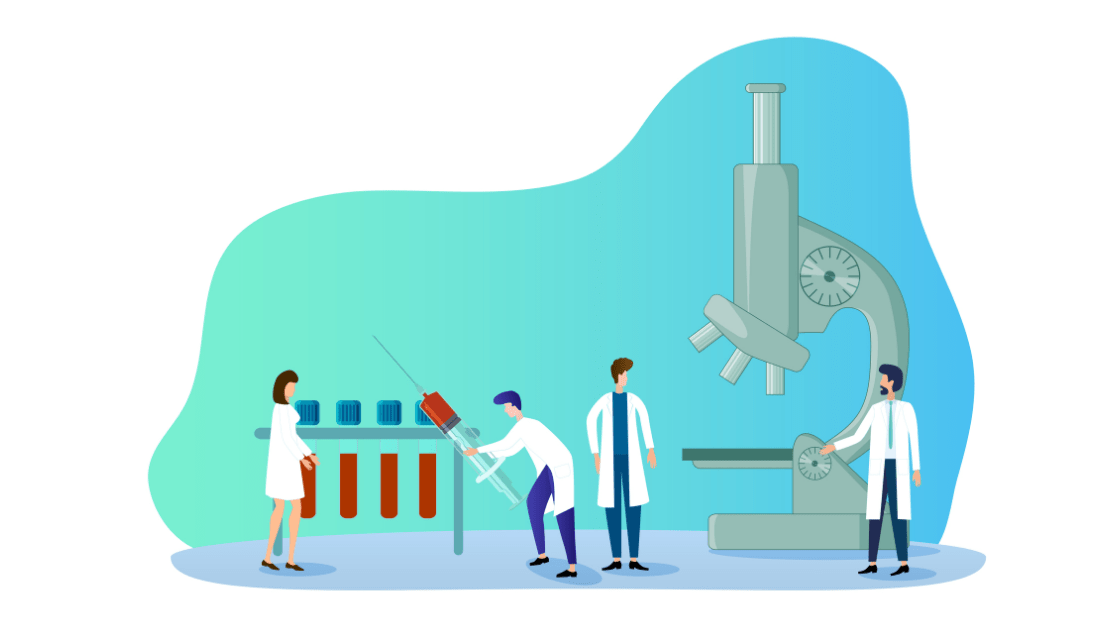 Palm Springs, CA (September 3, 2020) -- DAP has reached an important milestone in the fight to end HIV, winning designation as a Rapid ART Implementation Site, standing with just 10 other healthcare organizations in the U.S. The Award for Special Projects Of National Significance was won in a competitive grant process and is bestowed by the Health Resources and Services Administration (HRSA).

By joining this national demonstration project and collaboration with HRSA, DAP will share its 36 years of experience in the fight to end HIV, and it will boost resources for its HIV testing and treatment programs for people in the Coachella Valley.

For a three-year period, DAP will continue to build and share its best practices for making sure PLWHA receive antiretroviral therapy (ART) quickly after receiving an initial HIV diagnosis, or immediately after requesting it if they had stopped ART for any reason.

It’s a surprise to many, but people are still developing and even dying from AIDS in 2020, right here in the Coachella Valley. Our early intervention program had 160 referrals for attempts to find patients who had stopped filling their ART prescriptions, ceasing their HIV treatment without explanation. (Based on calendar year 2019)

Falling through the cracks means that some patients whose bodies had stabilized with life-saving HIV meds have stopped taking them, sometimes for five years or more. And for others, it means not starting therapy at all after receiving an HIV diagnosis.

Without accessing care, they are waiting until they are sick from HIV-related illnesses before attempting to resume ART and primary care.

Waiting to begin or resume ART always leaves a dangerous gap of time that could result in catastrophe, such as failing to ever adhere to medication therapy, or even death. Another consequence is the effect on others as sex partners are put at risk for HIV.

This collaboration with HRSA seeks to remedy the problem with a protocol that provides ART ASAP:

The vast majority (about 80 percent) of new HIV infections in the U.S. in 2016 were transmitted from the nearly 40 percent of people with HIV who either did not know they had HIV, or who received a diagnosis but were not receiving HIV care. (CDC)

According to Dr. Tulika Singh, DAP Associate Chief Medical Officer, not all physicians are permitted to treat their patients without administrative obstructions that derail health outcomes.

“Despite having extensive experience in HIV treatment and care, caregivers struggle to reduce high HIV prevalence and rising HIV incidence rates, due to delays in starting ART,” she says. “This is due to previous protocols and practicing traditional HIV medicine,” like having to do unnecessary lab work or jumping through hoops with insurance.

Greater access for ART through this project will be enabled by DAP’s referral and linkage networks, with extensive arrangements with regional medical centers, community clinics and individual providers, in addition to this grant.

“We are able to provide rapid start ART for newly diagnosed persons living with HIV as early as the same day of diagnosis,” she says. “This will help us get to UN 90-90-90 goal sooner than anticipated and help our patients age in a healthy way.”

The Courage To Resume ART
Given what we know about the health consequences of stopping ART, the public health argument is strong for offering the resources to resume therapy quickly and without delay.

When it comes to why people fall out of care, “Every situation is so different,” says C.J. Tobe, Director of Community Health at DAP.

Poverty affects most DAP clients, but it affects PLWHA uniquely. They might cope with denial, depression, and suicidal ideation. Stigma is often made worse by rejection from loved ones, and drug and alcohol abuse are more likely to increase.

But other factors may include housing insecurity, unemployment, lack of transportation, and fear of government due to immigration status. Being a recent transplant to the Palm Springs area from other parts of the U.S. also can also be a reason.

“People are also dying by not accessing all the things you need to make the medication keep working,” says Tobe.  “There’s a lot that goes into getting that treatment, starting with walking through those doors.”

In addition to ART, DAP helps patients thrive with HIV with access to social services they are eligible for, ensuring they receive needed food, housing, transportation, and home health care support if they need it.

The more people who are on treatment and undetectable, the fewer new transmissions there will be. According to Prevention Access founder Bruce Richman,

“We need access to treatment and removing barriers, not just for the wellbeing of people living with HIV,” he says. “But also, to prevent new transmissions.”

Prevention Access Campaign is a health equity initiative to end the dual epidemics of HIV and HIV-related stigma by empowering people with and vulnerable to HIV with accurate and meaningful information about their social, sexual, and reproductive health. Find out more here.

Undetectable = Untransmittable (U=U) is a growing global community of HIV advocates, activists, researchers, and over 990 Community Partners from 102 countries uniting to clarify and disseminate the revolutionary but largely unknown fact that people living with HIV who are on treatment and have an undetectable viral load cannot sexually transmit HIV.

Removing barriers to ART is in support of UNAIDS 90-90-90, the global plan to end AIDS as a public health threat by 2030.

The goal is that globally,

90% of all people living with HIV will know their HIV status, and

90% of all people with diagnosed HIV infection will receive sustained antiretroviral therapy, and

90% of all people receiving antiretroviral therapy will have viral suppression.

According to its 2020 update, “the response could be set back further, by 10 years or more, if the COVID-19 pandemic results in severe disruptions to HIV services.”