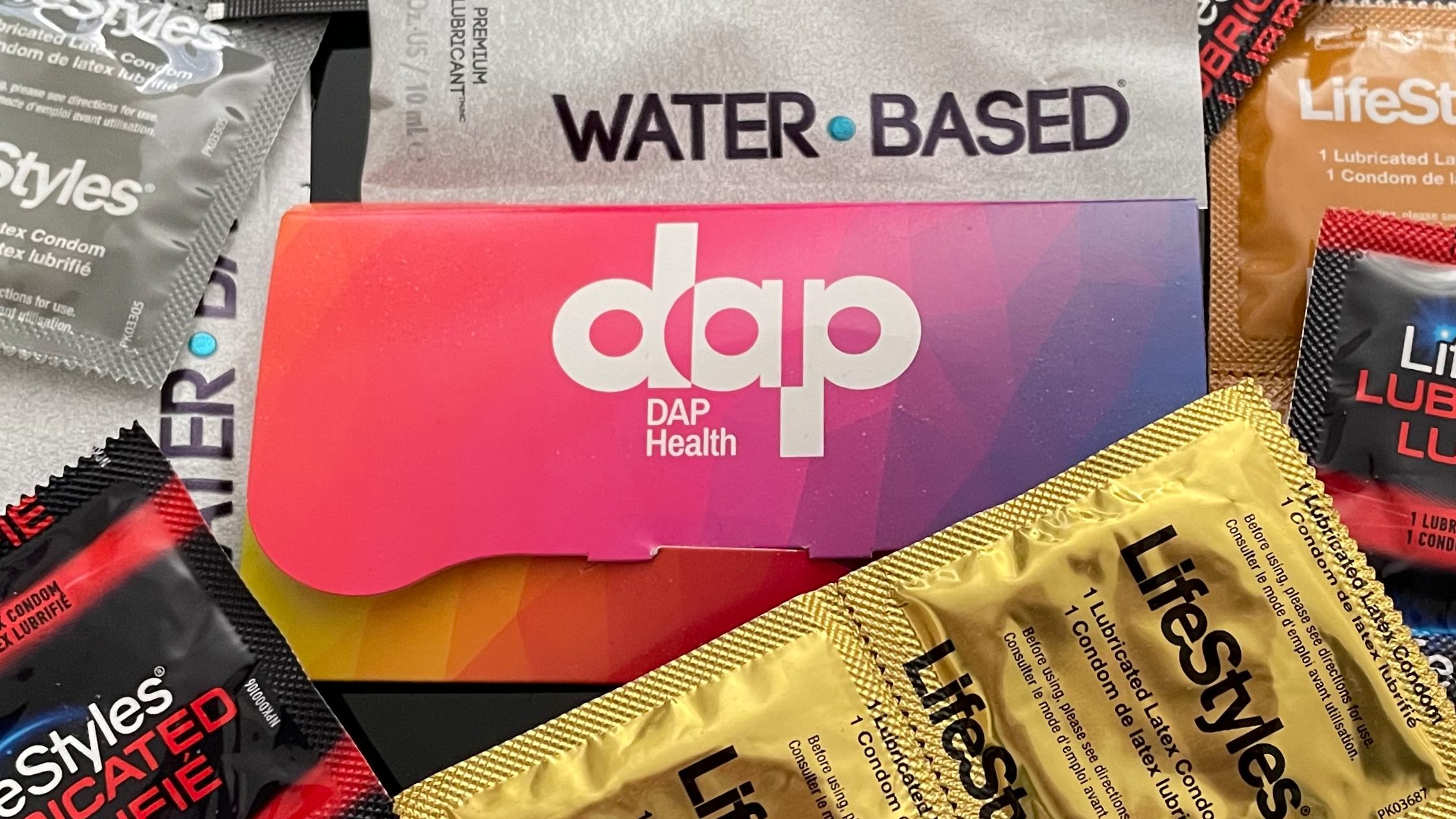 Ray Perea saw the darkest days of the AIDS crisis when he worked as a bartender in San Francisco from the 70s through the 90s, as AIDS claimed numerous friends and customers.

Thanks to advancements in modern medicine, HIV has become manageable for people who have access to care and are preventable through viral load suppression and with medications like PEP and PrEP.

But that does not mean a service like DAP Health’s Condom Club has become obsolete. In 2019, with more than 2.5 million cases of sexually transmitted diseases, STDs reached a record high in the US for the sixth consecutive year. STDs include syphilis, gonorrhea, and chlamydia. As recently as 2018, Palm Springs was facing a syphilis outbreak.

For years, DAP Health has provided free condoms and lube packets throughout the Coachella Valley, at bars and resorts, as requested by business owners, says Alonso Gonzalez, a community health educator who leads the condom club.

“I think it’s great that DAP Health has continued to provide this service to organizations that need it,” says Ray Perea, a Condom Club volunteer for 19 years. “And I’m glad to see the organizations out there, the bars and the resorts, still wanting the packets to hand out and keep people safe, and making them aware that it’s an issue, that it still exists.”

Perea says he initially joined for two reasons. He moved to Palm Springs with his partner, and they were looking for a way to volunteer with DAP Health, then known as Desert AIDS Project.

The Condom Club offered a perfect opportunity with a lively bunch of people that Perea says has been appealing.

“The Condom Club has always been a fun group to work with,” Perea says. “It’s a good thing to do in terms of helping other people. The volunteers that go there, some of them have really interesting stuff and it’s always a fun group to just chit chat with.”

Perea says another reason for volunteering is what he witnessed. “It is an ugly, ugly disease,” Perea says. “It was just a horrific disease to die from. It was not pretty.”

Perea remembers when protease inhibitors first came out. There were so few available that patients had to go on a waiting list, or a lottery system.

“That changed the whole picture of people surviving,” Perea says. “I had a friend who was ill, and he was put on the list. A short time later, he did pass away. And then there were a couple of other friends who were at death’s door. Luckily, they got the protease inhibitors and survived.”

Gonzalez says the Condom Club is busy with the distribution. He estimates DAP Health distributed around 25,000 packets in 2021   and about 50,000 each year pre-pandemic.

While HIV is not as dire as it was in the United States, Perea hopes people continue to take safe sex seriously, and use the free condoms provided to prevent the spread of HIV and STDs.